We released a few improvements for our Apple App Store integration:

Improved recognition of trial lengths - We have decided to revise and deploy an improved version that allows the metric to produce more accurate conversion rates. Previously we were only creating two states (trialing or active.)  Now will include a canceled state which will create a more accurate picture of what is happening with the subscription.

Improved cancellation dates -   When we import data from Apple we create subscription states based on the information we receive from Apple. Previously cancellations would be identified by a lack of new information during the ds_state creation. We have revamped this to better help identify reactivations/cancelations of the subscription as soon as they happen.

Improved handling of refunds - If a converted customer has their first payment refunded, we'll now cancel the subscription. Previously we kept these customers active till the end of the billing period.

These changes have given us the ability to be more proactive with cancelations and refunds which will better help identify churn and trial updates. 🎉

Check out your insights here!

When customer uninstalls your app, they are asked to provide a Relationship Uninstalled Reason. We have added these reasons to each customer's profile: 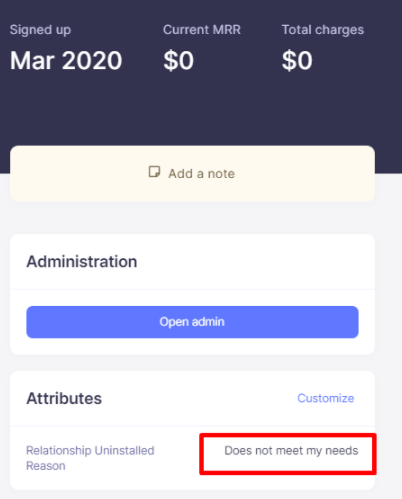 This field is also added as a column on the Customer's List export:

New graphs mean better insights! 🎉This update allows for easier visual understanding of how Recover is working for you in a given month over the past year. 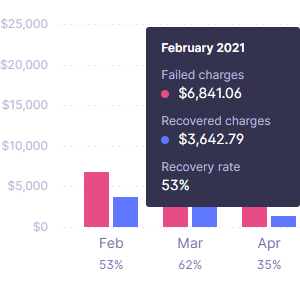 To read more specifics about this update and how to read the rest of your Recover Overview, click here for a brand new HelpDoc hot off the presses! It's my keyboard, my keyboard is the presses.
a year ago01/13/2022
Improvement

You asked, we listened. Now when segmenting your customers, you can search by plan using "contains"! 🎉 No more needing to click through each individual plan. Saving you energy, one click at a time. 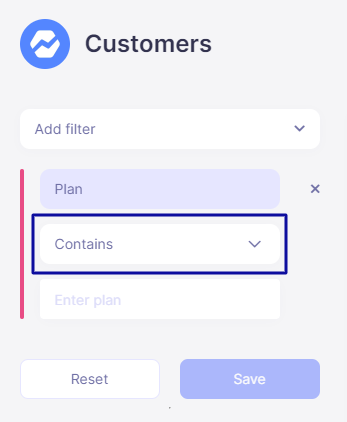 As part of the Custom Dashboard views, you can now create widgets for specific segments!

Just edit or create a new dashboard view and you'll see a "Segment" option to choose one of your pre-built segments, giving you faster access to the segments that impact your business. 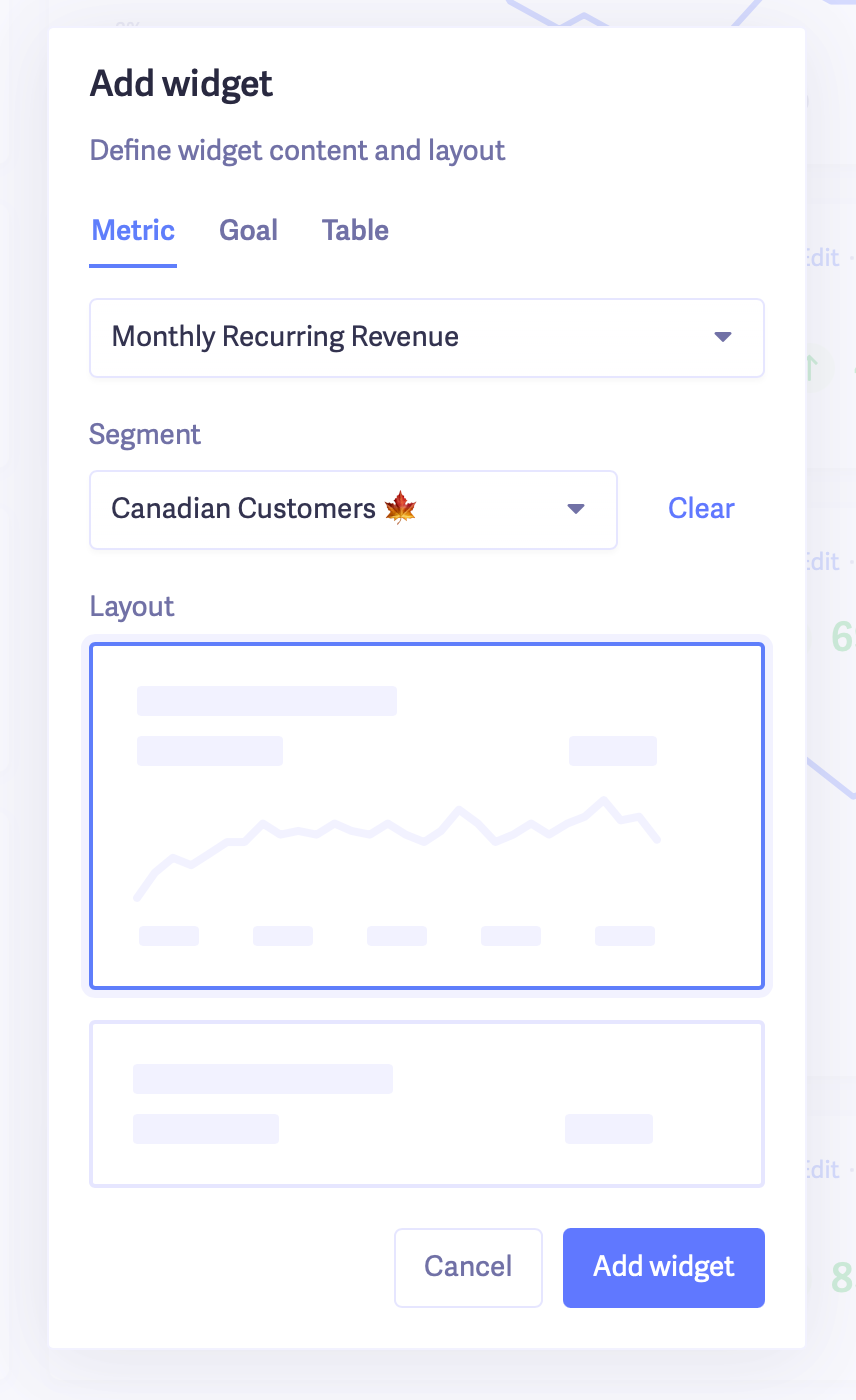 We've overhauled the plan area at the bottom of each metric page!

Previously there were two "widgets": A listing of plans and a pie chart of how those plans made up each metric.

The pie chart wasn't terribly useful due to the fact that most people have far more plans than can reasonably fit in a pie chart, so we combined that % into the plan listing itself!

This also sets the stage for some near-future improvements to Segmentation!

Create yours, for free!